The focus this week has been family. This quote says it all…. 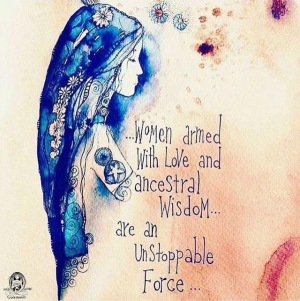 I don’t want to jinx anything so I won’t get into the specifics but I promise to fill you in at a later date…regardless of if it works or not. Fingers crossed that it works. It did give the family a chance to work together as a collective and that was something new. I used Reiki and my Reiki bear to send energy to the situation. I have never raised that much energy “solo” before and that was something new for me. From writing the letter to raising the energy….there is a lot of me invested in this last chance effort. I even had some fellow Reiki practitioners send some distance Reiki to the situation. All of my big guns have been played.

Even within my family there are some who are limited by their rigid belief system and I say to them like I now say to anyone who tries to rain on my parade…”get off my unicorn!” 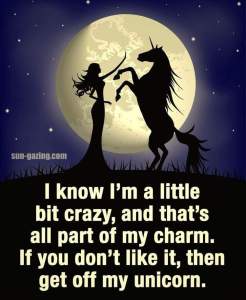 Most of my week has revolved around writing that letter and gathering the family to unite on this mission. Thursday was a recuperation day. I came home from work and made some diffuser bracelets and binge watched Poldark. I had an order for four bracelets so I guess I was still doing something productive as I watched tv? I have two more episodes and I am done with season three.

Wednesday which was the ancestral “work” day, I went a little above and beyond. I came home from work and started making meatballs.  I learned to make meatballs from my grandmother who learned from her mother which in my head was an ancestral activity. I was asked to make wedding soup for a potluck at work so that’s what I made and luckily it fit in the timeline.  I also opened up the “special” sauce that SB and I canned (it’s for special occasions) and rolled some meatballs and cooked them in the sauce. Now I have a huge bowl of sauce and meatballs in the refrigerator. What’s a girl to do? This girl invited some friends over for cavatelli and meatballs tomorrow. Since it’s a full/blue moon we are also going to watch Moonstruck. This is my favorite scene from the movie. If you make it to the end of the scene….it’s the part after he flips the table and stops to run his finger through his hair. It cracks me up every damn time!

So whether it’s the family you are born into or the ones you choose along the way….”feel” the love of la famiglia this week……Zia

I am just a woman finally accepting that I was never meant to be in the box. I don't fit into any stereotypes, please don't try and label me, that doesn't work either. I am embracing my uniqueness in ways that are new and challenging to me, so that I may continue to grow and never stop learning.
View all posts by dragonflyzia →
This entry was posted in life and tagged ancestral work, blue moon, family, friends, full moon, love, moonstruck, Rieki, unicorn. Bookmark the permalink.