Posted on October 7, 2018 by dragonflyzia

It’s been a few days but there was a lot to process. Are you ready for this one???? Negative Nancy was let go on Friday!  I am still stunned and not sure what to expect tomorrow. None of us ever thought it would actually happen. There is a big part of me that feels bad and another part that is curious to see how the energy shifts now that she’s gone. The office smell should improve now that the wet animal/musty smell won’t be present. It’s true….but I feel like a mean girl saying it.

I had nowhere to go and nowhere to be this weekend and it was kind of nice. Didn’t I just ask for this last week? I didn’t spend any of it binge watching tv though, in fact…I didn’t watch tv at all.  I did bring out my rubber stamps…and really stamped. I even played with baking coffee into plain old copy paper. The Halloween cards aren’t all the way done in this picture but you get the gist. Instead of using a black feather in the layering, I opted to tuck it inside the card instead of glitter or confetti. Which is the reason my brother opens all cards from me over the garbage can. It was nice to get my stamps out but I need to reorganize their storage so I don’t have to work so hard to get my supplies together when making a project.

I made a card for the woman who is leading the fairy workshop next Saturday and I made my invitations for the Outlander premier party on November 4th too. This morning when I woke up I received the notification for the Saturnalia  card exchange for one of my book Facebook groups and in the same group someone started an old fashioned pen pal page. My recent urge to get back into the paper arts will not lack any inspiration. I plan on sending a Saturnalia card to my partner from last year in addition to my new partner. The more the merrier…right? Who doesn’t like to get a homemade card in the mail?

I could have done anything yesterday and I chose to play with paper and rubber stamps. I also played in the kitchen. I have two Pinterest fails to report. I made a crock pot mac and cheese that would have been better if I cooked it on the stove instead of in the crock pot. It was dry and mushy and I turned it off earlier than directed. Then I made overnight oats in the crock pot….that didn’t turn out either. I ended up making a batch of baked apple cinnamon oatmeal this morning that turned out a lot better.

I really want to start using the crock pot more, especially on Thursdays. The girl won’t eat chicken and doesn’t care for roast so that limits my choices for things that cook for more than 8 hours without a stir. I haven’t had any success as of yet.

I have been trying to eat more with the seasons and trying to get over my dislike for orange food. Tonight I made a butternut squash soup with various spices including curry. I don’t think I have ever used curry in a recipe before and it definitely has a kick!  Not a bad kick but a kick nonetheless. 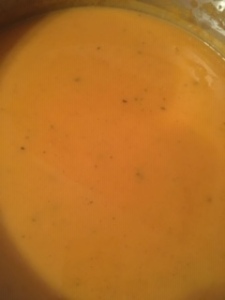 I was hoping to make pumpkin cranberry muffins tonight as well but I ran out of time. I roasted the pumpkins though and the seeds. I’ll just keep the pumpkin in the fridge until I have a second to make the muffins.

The girl and I briefly went out today…..our mission? Jasmine rice.  I am pretty sure the first time I bought it we were at Aldi’s. I don’t usually shop there so that’s why it sticks out to me. They didn’t have it, so I thought maybe it was Sam’s Club? No such luck. I had to go to the big chain store for jasmine rice only. It is the one thing the girl will make on her own so I can’t fault her for making sure she didn’t run out of it. 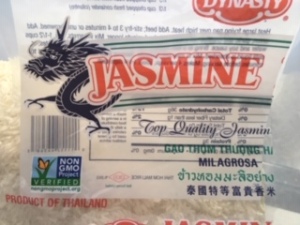 This isn’t the same brand as last time but it should be the same..right? I hope so.

I can’t believe it’s almost 9 already! I can’t miss Poldark tonight….I forgot last weeks premier and only caught the last ten minutes. I played with creation all weekend and loved every minute of it and now reality sets in…..back to work tomorrow….Zia

I am just a woman finally accepting that I was never meant to be in the box. I don't fit into any stereotypes, please don't try and label me, that doesn't work either. I am embracing my uniqueness in ways that are new and challenging to me, so that I may continue to grow and never stop learning.
View all posts by dragonflyzia →
This entry was posted in life and tagged creating, daughter, fairy, Outlander, pinterest, Poldark, rubber stamps, weekend, work. Bookmark the permalink.