Today I had a Christmas crafting date with PT. I got to her house around 11:30 and we started setting up the table. I looked at the supplies and realized that I had forgotten one of the Jacquard painting kits at home. So I ran home to get it and I am so glad that I did. I have never been so happy to have forgotten something…ever!

I ran in and grabbed the paint and my Yeti full of ice water that I also forgot and then headed back out. I was driving down my road and just had passed the church where the boy goes to to catch Pokemon in the parking lot. I came around the little bend and I saw two birds in the distance. In my head I thought “turkey vultures” because of the wing span and then…. they flapped their wings….in unison. I have never seen turkey vultures do this but that is still where my mind was. I got to the stop sign at the end of the street where I was turning left and I got a closer look. It was a pair of eagles!!!!!  I turned onto the road because I thought it was a bit safer than that stop sign and was able to stop since there was no car behind me. She swooped my car so low I felt like I could have touched her if I could have reached through the windshield. She flew up to a pine tree where I thought she would land but passed on that idea. That was when I looked for her mate and noticed people in the side yard of the house on my left. They were out in the yard with a real camera. I hope they got some great pictures. I was in too much awe to even think about grabbing my phone to take a picture.

If I wouldn’t have forgotten that paint I would not have been there in that moment. Did I mention they were a pair? I am going to live off of this moment for days!! This was so close to my house…I can’t even. They were so low too…if I would have been on land and not in a car I could have taken a decent picture. The feelings that I felt when I saw them today were worth more than a picture…or maybe that’s what I am telling myself because  I didn’t grab my phone, I chose to live in that moment. I will savor this memory for as long as I have one. 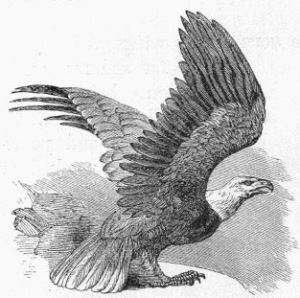 I got back to PT’s, told her about the sighting and got busy with our project.  I have stenciled a lot of things in my lifetime. I have stenciled wood, walls, bags, and shirts and never had an issue. This is the first time either of us have worked with adhesive screen stencils. They are NOT your friend!  I did better using an ink pad than using the paints. I only used the paint on the bags, the dishtowels and pillows I used the ink. I did not expect this project to take three hours but it did. Thankfully it was spent in the company of a friend….our struggle was real!! 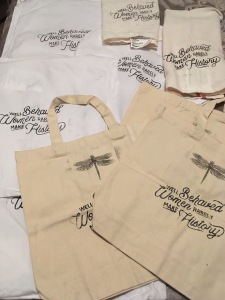 My friends will just have to accept the ink smudges around the stencils and the miscellaneous places that were smudged from random parts of my hand and arm. We made pillows and dishcloths and I made three tote bags while PT made some fabric baskets.  I’m not as worried about the tote bags because I can embellish them a bit further….giving them an Outlander feel. The pillows show the smudges more than anything. We are both still giving these as gifts. Hopefully our peeps will appreciate our work? My advice….is never to use the adhesive screen stencils…ever!

The kids and I put up the Christmas tree last night. Mostly because I need time to get good pictures for the Christmas cards. The star we used last year died. I tried replacing each light but it was done. I had purged the Christmas angel because I can’t keep everything so now we need a tree topper. The girl and I were at Target and I bought a glittered $5.00 star for now. I will wait for a much better price before I buy a permanent one. The tree just looked so ridiculous without anything! I also noticed that I have too many insignificant ornaments on the tree. It’s time for a purge there as well.

I told the girl today that I might have to limit my shopping hours to half day Wednesdays. The weekends are too busy! Between the traffic and the lines in the store, I don’t think I can do it. It’s a good thing that I don’t buy a whole lot from the stores…..Zia

I am just a woman finally accepting that I was never meant to be in the box. I don't fit into any stereotypes, please don't try and label me, that doesn't work either. I am embracing my uniqueness in ways that are new and challenging to me, so that I may continue to grow and never stop learning.
View all posts by dragonflyzia →
This entry was posted in life and tagged Christmas crafts, Christmas tree, daughter, destiny, diy, eagles, friends, holiday shopping, presents. Bookmark the permalink.