Posted on January 9, 2019 by dragonflyzia

Monday night I had this dream… I was somewhere outside and was looking up which is a pretty normal thing for me. There was an owl above me and he was silently and gracefully gliding down from the sky. It was such a slow process that I was able to lay in the grass and look up at him. His wings weren’t stretched out, they were at an angle which gave the illusion of a circle. He didn’t land, he glided off to the left.

Then I noticed another owl. He wasn’t as graceful as the first but he was doing his best. He fell onto the grass and when I sat up he wasn’t an owl but a man. Barely a man…he was young. He had bright blue eyes and a wide nose. His hair was blonde, longer and curly, it was styled very old fashioned. I knew he was an angel, I don’t know how…. I just knew. We spoke briefly although I can’t recall about what? He then noticed my daughter sitting on a bench and walked over and sat down next to her. He was completely smitten and all I could think was “look at his beautiful light.” 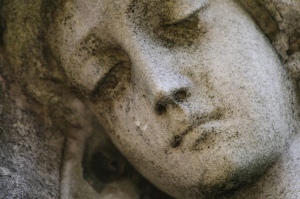 Later Tuesday night I had a talk with my daughter. I started off with “no otherly world boyfriends for you, stay away from boy angels!” She looked at me kind of funny but decided to play along. “I would think that an angel would be a good choice because…well…angels are good. I don’t see how it could be bad.” I responded with “you would never be of his world and he would never be of yours, it would only end in misery.” She turned to watch the television and said “so, you had another dream?”

I had a bunch of cluster dreams last night but nothing like this one. It left me with the same feeling I had when I had the dream about the eagle shapeshifting into a woman.  https://onceuponthewingsofadragonfly.wordpress.com/2018/11/28/kitchen-witching/

It also made me remember the last time I had an angel dream  https://onceuponthewingsofadragonfly.wordpress.com/2018/02/08/mystery-feather/

It’s not your everyday dream, that’s for sure. I hope you’re not too bored with all of the dreams? This is so much better than a dream journal for me because I can search previous dreams.

I am on day 3 of the GAPS diet and so far so good. I still reach for the mint after lunch but I have found the a pea size drop of raw honey seems to help with that craving. Once I graduate to non boiled foods I have a feeling the my dehydrator will be used a lot. I really want to make zucchini chips, I need a salty snack. I think tomorrow I will give the egg yolk in my broth a try. One day at a time….Zia

I am just a woman finally accepting that I was never meant to be in the box. I don't fit into any stereotypes, please don't try and label me, that doesn't work either. I am embracing my uniqueness in ways that are new and challenging to me, so that I may continue to grow and never stop learning.
View all posts by dragonflyzia →
This entry was posted in life and tagged angel, daughter, dreams, GAPS, otherly world boyfriend, owl, shapeshifting. Bookmark the permalink.

2 Responses to Dreaming of Wings