I didn’t mean to tempt the fates….. Although I do envision the Universe laughing a big hearty chuckle while saying “Fear?? You think that is a fear??” Do you remember how I mentioned facing some fears walking that dam on Saturday?? The Universe laughed and laughed and then said ” I will see you and raise you one”….

Monday I had to drive to one of our Southern offices. I have driven there before but this time I was following Google maps. The interstate I have driven in the past is way out of the way since I moved so I thought I would take the scenic route, and Google maps said it was faster.

As you know…driving to unknown places is not one of my favorite things and bridges are definitely up there on the fear scale. So I headed out early …..ready to face my Monday. I leisurely drove out the state route I was familiar with but once I passed the road I turn down to get to the farm where I buy my meat I was a little less familiar. Then I passed the dirt mall that is locally a big deal around these parts on Fridays in the Summer. I haven’t driven out this far in years but it was still familiar. In my head I thought I was following this route the whole way and then my phone told me to veer to the left. Okay…so I veered to the left.

This road didn’t seem too bad, mostly country. Then it started to get curvy and then hilly so when I got stuck behind a school bus I was grateful for the break. Then the bus turned left and I lost my safety crutch. The hills started getting deeper and the curves more often….I then started a downward spiral on a small mountain only to be greeted by a sign that said one lane bridge ahead.  Bridge is not a term I would use to describe this contraption. Thankfully it was low but as I drove over those metal grates that could loosely be described as a bridge….my breathing changed….this is where I believe my panic attack started….

As I was trying to breathe and not break the steering wheel I noticed the next obstacle…a steep incline up what appeared to be a mountain….Trying to breathe while repeating “oh shit” as I put the pedal to the floor. The drive up was just as curvy as the way down. By the time the road leveled off…I couldn’t feel my ears or my fingers. They were all pins and needles. My phone was in the drink holder and I picked it up and it said two minutes…two more minutes. Thankfully the last two minutes were smooth sailing. I never quite got over that drive Monday. 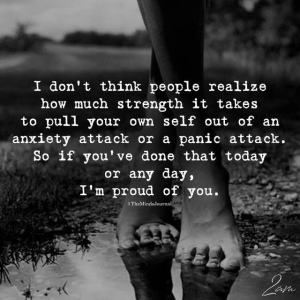 On the way home I took the interstate for three minutes and then I got to the route that I started on. THAT was the scenic, leisurely route that I imagined the morning to be. The next time my phone tells me to veer to the left and take S road…I think I will say “f*** you…start recalculating.” The extra three minutes is totally worth it to my sanity.

Since I had a day and the eagles are located right off of this route, I decided to stop on the way home. The babies are getting so big and so fast!!

I know I have said this before…. My pictures aren’t super clear but I am very proud of the pictures I have taken. They make me happy and that’s all that counts….right?

My final project for my volunteer naturalist program has also evolved. What started out as a simple “whimsical upcycles for your backyard birds” has become as much about upcycling/recycling as it is about the birds. I even have a sweet lady from our recycling education department dropping off some fact sheets for me on Friday.

You know me….it’s never as easy as previously anticipated..it’s always a surprise…Zia

I am just a woman finally accepting that I was never meant to be in the box. I don't fit into any stereotypes, please don't try and label me, that doesn't work either. I am embracing my uniqueness in ways that are new and challenging to me, so that I may continue to grow and never stop learning.
View all posts by dragonflyzia →
This entry was posted in life and tagged anxiety, eagles, eaglets, fear of bridges, panic attack, project, the universe, upcycling, work. Bookmark the permalink.

5 Responses to Tempting the Fates