The Art of the Mosey Day 1

Posted on September 28, 2020 by dragonflyzia

Today was my first official day of vacation. I have vowed for myself this week to not “feel” the need to be productive but to “feel” more of living and self care. I slept in a little but not too long. I was still able to catch some of the sunrise this morning…. 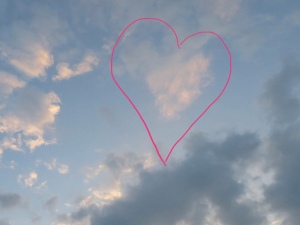 I found a heart in the sky. Can you see it? Maybe it’s just me? Either way, I figured it was a pretty good way to start a Monday. The Girl thinks it looks more like a strawberry?  I guess everyone sees something different.

I finished my coffee, took a long hot shower and got my day started. I won’t tell you about my boring chores but I will say that when I watered the plants they looked a little sad. I never use Alexa unless I am cooking and need a timer but today I said “Alexa, play some Scottish bagpipe music.” I still miss the bagpipes from last year’s Renaissance Faire, especially since there wasn’t one this year. Amazon music replayed Amazing Grace every 4 songs or so but for the most part it was nice. I even heard The Skye Boat Song from Outlander. My favorite was a little heavier. I am kicking myself for not finding out more abut the song while it was playing. It was like Metallic meets bagpipes…it was pretty cool.

The Girl and I ran to the grocery store to get some food for tomorrow. The Boy’s birthday isn’t until Friday but I know he will be around tomorrow. He has a friend or two coming over so I thought I would make him his favorite honey sriracha chicken. The dog was also out of kennel chicken so I bought enough to make the dog happy and some buffalo chicken dip for the Boy and his friends. I am not a fan of the smell of boiled chicken but it works well for the last two options. The sriracha chicken takes forever to make, I will leave that for tomorrow.

I finally opened my box from Bramble Berry today. I still haven’t tried the lye soap but I did take a swing at the deodorant. I will have to report back? I bought the small jar so it only made 1 1/2 deodorant sticks which is the perfect amount to try. I had forgotten that I did buy a couple small bars of the melt and pour soap. This meant a stop at Hobby Lobby this afternoon.

I didn’t love any of their soap molds until I looked at the one that looks like gemstone/crystals twice…and then it clicked. The honey soap is clear, I can tint it slightly, put some dragonfly charms in the molds and voila….dragonfly in amber soap for my Hogmanay party this year. I didn’t get around to that today but I have made plenty of melt and pour soap in my day…none that I was this excited for, but that’s the gift giver in me. I love it when the perfect idea jumps in my head!

When we came home the Girl went upstairs to clean her room and stare at Tiktok which left me alone to think. Tim from Front Range Radio is looking for some good stories for his Halloween show so I thought…why not? I have never written anything scary but I have watched a lot of scary movies and lived on Stephen King books in high school. It was harder than I thought it would be. I never took a swing at this genre before…

I appreciated the challenge and sometimes it’s these opportunities that get you back in the game. Will my first submission make the cut? I have no idea but I had fun writing it as well as tossing the idea around all morning. I will share a story or two after the Halloween show airs, regardless of if my stories are picked.

The first story came up during a genealogy search about a certain region. I had never heard this legend before but have heard others like it. I was surprised at how many sightings there have been across the country. I guess there is some truth in all myths.

The Girl has always had a particular fear to the traditional version of this creature…since she was 5. I promise to elaborate at a later time. She was my proof reader today. I think it’s creepy but I’m not sure if it’s creepy enough? I have a couple of other ideas brewing.  If you think you have a spooky story to contribute contact Tim at tim@frontrangeradio.net. The Halloween show is always my favorite and it airs this year on Sunday October 25th at 9pm (eastern)

That has been my mosey on this day. It’s only a little after 7pm…it’s early still. I should have more to report tomorrow…Zia

I am just a woman finally accepting that I was never meant to be in the box. I don't fit into any stereotypes, please don't try and label me, that doesn't work either. I am embracing my uniqueness in ways that are new and challenging to me, so that I may continue to grow and never stop learning.
View all posts by dragonflyzia →
This entry was posted in life and tagged Alexa, bagpipes, challenge, daughter, Halloween, horror genre, legend, soap making, Stephen King, writing. Bookmark the permalink.

2 Responses to The Art of the Mosey Day 1