Posted on October 2, 2020 by dragonflyzia

I have been quite lucky during my hermit week…at least with my camera. Yesterday I needed to think things through and for me that meant playing in the kitchen. There is something about the process of slicing and dicing that soothes me.

I roasted the seeds of four pie pumpkins and then roasted and pureed the pie pumpkins and they are now in the freezer. I roasted two chickens. One for soup today and one for bone broth…that one is still on the stove. Bone broth is a staple on the GAPS diet and I have gotten away from that. I should be enjoying it every day not every couple of weeks. I need to be better about that from here on out.

I also made two batches of my favorite almond flour shortbread cookies. I did require a brief nap after all of that kitchen time. I woke up feeling recharged which found me traipsing around the yard taking blurry picture after blurry picture of the moon. In some sort of miracle…while on the front porch….I captured this photo… 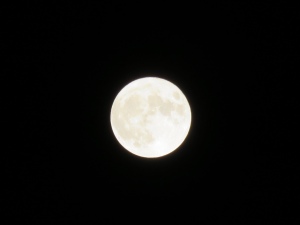 I have taken many pictures of the moon in my day but none have ever come close to this one. I still can’t believe I took this picture! It actually gets better….

Today I was emptying the dishwasher…not my favorite chore which is why the Girl normally does it for me. She was at her dad’s so I had no choice. I was putting away a large mixing bowl when something made me look up? There was a red shouldered hawk in my backyard…I was inches away from my purse which is where my camera lives. That was a good thing. The first picture was blurry but it gave me a second to steady my arm and try again. I’m so glad there isn’t a screen in this window or the picture would not be the same….

I call this picture “Backyard Takeout” and I still can’t believe I took this picture!!! I did not expect to witness magic while putting away the dishes…a completely mundane chore. I guess magic can be found in the mundane…who knew?

I did have to run an errand or two today and decided to stop at the park. I felt like I was on a streak so why stop now? I really liked this picture… 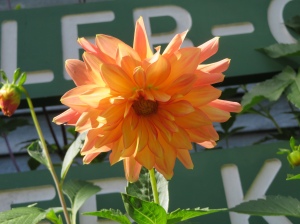 There was a flower next to this one that was perfect, looking up and shining in the light…but it was this one…not quite ready to shine that captured my attention. I think she is beautiful just the way she is…

I liked this one too because I thought it showed the colors of the season without being too general or too micro…it just is.

I didn’t think I could top that moon until the hawk with the mole….I can’t wait to see how I top that!! Maybe I need to schedule camera time in my life? I am pretty amazed at the images I captured the last couple of days…it feels like magic…Zia

I am just a woman finally accepting that I was never meant to be in the box. I don't fit into any stereotypes, please don't try and label me, that doesn't work either. I am embracing my uniqueness in ways that are new and challenging to me, so that I may continue to grow and never stop learning.
View all posts by dragonflyzia →
This entry was posted in life and tagged bone broth, fall flowers, full moon, GAPS diet, hawk, hermit, lucky shot, magic, nature photography. Bookmark the permalink.